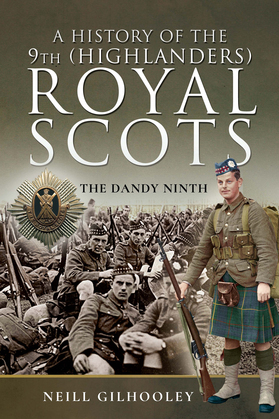 A History of the 9th (Highlanders) Royal Scots

Edinburgh is forever bound to The Royal Scots, the oldest in the British Army and now part of The Royal Regiment of Scotland. For a period in the early twentieth century, it also had a Highland battalion, the kilted 9th Royal Scots, which became affectionately known as the Dandy Ninth. The battalion was formed in the aftermath of the Boer War’s Black Week. It sent volunteers to South Africa and established itself as Edinburgh’s kilted battalion, part of the Territorial Force of part-time soldiers.

Mobilised in 1914 as part of the Lothian Brigade, they defended Edinburgh and environs from the threat of invasion, and constructed part of the landward defences around Liberton Tower. They were part-time soldiers and new recruits, drawn from the breadth of society but with a strong representation of lawyers and included a number of Scotland rugby players and artists, such as the Scottish Colourist F.C.B. Cadell, and William Geissler of the Edinburgh School. A remarkably high proportion of the battalion received commissions and served in many branches of the armed forces, and in many theatres.

In the Great War they mobilised to France and Flanders and served in many of the major actions: in Ypres in both the Sedon and Third (Passchendaele) Battles of Ypres as well as in the Battle of the Lys in 1918; on the Somme 1916 at High Wood and the Ancre (Beaumont Hamel), at Arras 1917 (Vimy Ridge); at Cambrai 1917 (Fontaine); and during the 1918 German Spring Offensive at St Quentin and at the Battle of Soissonais-Ourcq. They were with the 15th (Scottish) Division in the Advance to Victory.

Some 6,000 men passed through the ranks of the Dandy Ninth and over a thousand never returned.