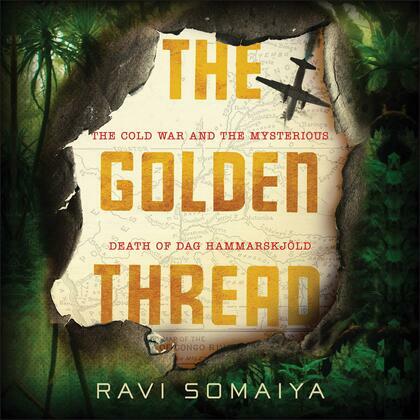 A true story of spies and intrigue surrounding one of the most enduring unsolved mysteries of the 20th century, investigative reporter Ravi Somaiya uncovers the story behind the death of renowned diplomat and UN Secretary General Dag Hammarskjöld.

Hammarskjöld had been head of the United Nations for nine years. He was legendary for his dedication to peace on earth. But dark forces circled him: a powerful and connected group of people from an array of nations and organizations -- including the CIA, the KGB, underground militant groups, business tycoons, and others -- were determined to see Hammarskjöld fail.

A riveting work of investigative journalism based on never-before-seen evidence, recently revealed first-hand accounts, and groundbreaking new interviews, THE GOLDEN THREAD reveals the truth behind one of the great murder mysteries of the Cold War.