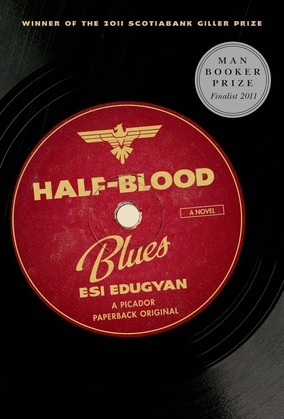 Winner of the Scotiabank Giller Prize

Shortlisted for the Governor General's Literary Award for Fiction

Berlin, 1939. The Hot Time Swingers, a popular jazz band, has been forbidden to play by the Nazis. Their young trumpet-player Hieronymus Falk, declared a musical genius by none other than Louis Armstrong, is arrested in a Paris café. He is never heard from again. He was twenty years old, a German citizen. And he was black.

Berlin, 1952. Falk is a jazz legend. Hot Time Swingers band members Sid Griffiths and Chip Jones, both African Americans from Baltimore, have appeared in a documentary about Falk. When they are invited to attend the film's premier, Sid's role in Falk's fate will be questioned and the two old musicians set off on a surprising and strange journey.

From the smoky bars of pre-war Berlin to the salons of Paris, Sid leads the reader through a fascinating, little-known world as he describes the friendships, love affairs and treacheries that led to Falk's incarceration in Sachsenhausen. Esi Edugyan's Half-Blood Blues is a story about music and race, love and loyalty, and the sacrifices we ask of ourselves, and demand of others, in the name of art.