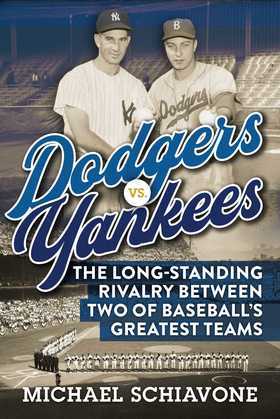 A History of the Epic Rivalry between Two of Baseball's Powerhouses that Has Spanned Over Eighty Years—from Ebbets Field to Dodger Stadium, from Babe Ruth to Reggie Jackson

The Los Angeles Dodgers and New York Yankees are two of the most storied and popular teams in not only baseball, but all of sports. Their rivalry began in New York and continued with the Dodgers leaving Brooklyn and moving to sunny California. The two teams have even met in the World Series a record eleven times! For a long time, the Dodgers-Yankees rivalry was the marquee match-up in baseball. For as good as the Dodgers were, the Yankees were almost always better.

But why were the Yankees so much better than the Dodgers? Were the Dodgers “chokers” when it mattered most? Or was it simply the case that the baseball gods favored the team that would be later known to its detractors as the “Evil Empire” over the boys in blue?

From Don Larsen’s perfect game in the 1956 World Series, Jackie Robinson’s famous steal of home in the 1955 Series, or Reggie Jackson’s three-home-run game in the 1977 Series, Dodgers vs. Yankees provides a history of this rivalry—from their first World Series match-up in 1941 until the present day. Every game between the two teams, including inter-league play, is covered as author Michael Schiavone attempts to answer why the Yankees have reigned supreme over the Dodgers.

Whether you’re a fan of the Yankees or Dodgers—both on the East and West Coast—Dodgers vs. Yankees offers the most complete overview and analysis of these team’s timeless rivalry.