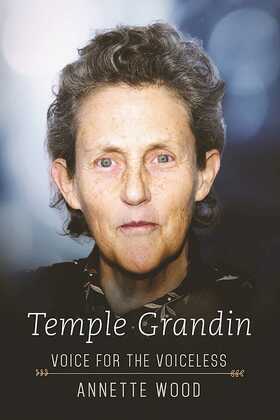 Since Temple Grandin's life story was told in the 15 x Emmy-nominated film Temple Grandin, and since her heartwarming speech at the award ceremony, she has become one of the world's most well-known members of its community.

In this fascinating biography, Annette Wood delves deep into Grandin's life from childhood to adulthood. Wood tells of the trials and tribulations of the icon: What difficulties Grandin struggled with and how she's become a hero for the autistic community. She also tells what Temple has done since the movie came out, where she is today, what kind of difference she's made, and what her future holds.

For the 22 million people worldwide afflicted by autism and the countless friends and family members who support them, this brilliant portrait presents an up-close look at the disorder and renewed hope for what the future could bring for those on all levels of the spectrum.