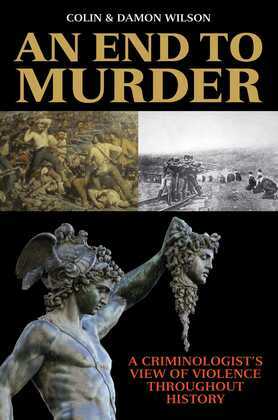 An End to Murder

Human beings have always been cruel, savage, and murderous. Is that all about to change?

Human history can be seen as a catalog of coldhearted murders, mindless blood feuds, appalling massacres, and devastating wars. Creatively and intellectually, there is no other species that has ever come close to equaling humanity’s achievements, but neither is any other species as suicidally prone to internecine conflict. We are the only species on the planet whose ingrained habit of conflict and perpetual warfare constitutes the chief threat to our own survival.

In An End to Murder, the Wilsons assess whether human beings are in reality as cruel and violent as is generally believed. The book explores the possibility that humankind is on the verge of a fundamental change: that we are about to become truly civilized. Covering a wide-reaching history of violence from the first hominids to the twenty-first century, the book touches on key moments of change while also indicating where things have not changed since the Stone Age. It follows the history of violence from fifteenth-century baron Gilles de Rais (“Bluebeard”), the first known and possibly most prolific serial killer in history; to Victorian domestic murder, the invention of psychiatry, Sherlock Holmes, and the invention of forensic science; the fifteenth-century Taiping Rebellion in China, in which more than twenty million died; World Wars I and II; more recent genocides and instances of “ethnic cleansing”; and contemporary terrorism.

As well as offering an overview of violence throughout our history, the authors explore the latest psychological, forensic, and social attempts to understand and curb modern human violence.