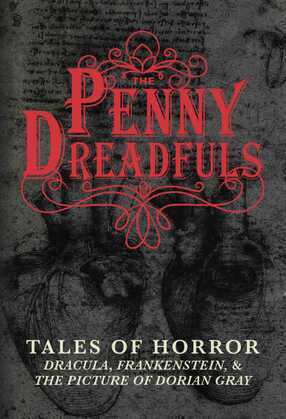 This book pairs three obscure yet influential penny dreadfuls with three of the most notorious literary giants of the nineteenth century: Dracula, Frankenstein, and Dorian Gray, all in one authentic collection of the best Victorian gothic horror ever written. Originally published at a time when dramatic scientific discoveries sparked a cultural fixation on the paranormal, these stories remain timeless in their uncanny ability to prey upon our primal fear of that which is strange, violent, and unknown.

This book contains a total of six haunting tales:

Curl up with The Penny Dreadfuls on a dark, moonless night and rediscover these chilling classics.