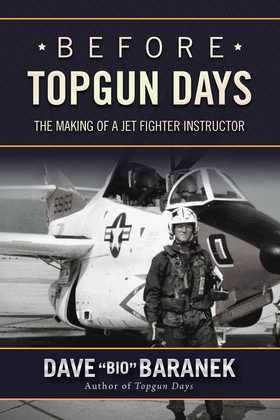 Becoming the best doesn?t happen overnight; you?ve got to work for it.

Before becoming an instructor in the Navy?s Topgun program, Dave Bio? Baranek was just another kid with a dream. Upon graduating from college, he joined the Navy with the goal of becoming a fighter pilot. But, his eyesight waning, he knew that he would never be able to reach that goal. Undaunted, he plowed ahead and found his niche as a radar intercept operator in the backseat of the sleek, new Grumman F-14 Tomcat.

Join Baranek in Before Topgun Days as he takes you along for this greatest, most exciting time of his young life: training to become a naval flight officer. Taking place before the events recounted in his previous memoir, Topgun Days, Baranek brings to life the anxieties and excitement of entering the fast-paced world of fighter jocks. From a green recruit to an experienced flyer, discover what it took to become a Topgun instructor.