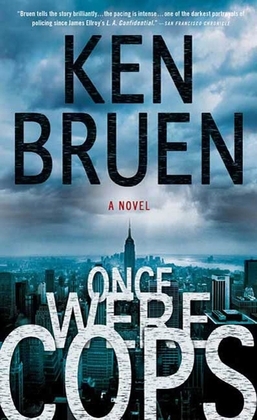 Michael O'Shea is a member of Ireland's police force, known as The Guards. He's also a sociopath who walks a knife edge between sanity and all-out mayhem. When an exchange program is initiated and twenty Guards come to America and twenty cops from the States go to Ireland, Shay, as he's known, has his lifelong dream come true--he becomes a member of the NYPD. But Shay's dream is about to become New York's nightmare.

Paired with an unstable cop nicknamed Kebar for his liberal use of a short, lethal metal stick called a K-bar, the two unlikely partners become a devastatingly effective force in the war against crime.

But Kebar harbors a dangerous secret: he's sold out to the mob to help his sister. Her rape and beating leaves her in a coma and pushes an already unstable Kebar over the edge just as Shea's dark secrets threaten boil over and into the streets of New York.

Once Were Cops melds the street poetry of Brooklyn and Dublin into a fast-paced, incomparable hard-boiled novel. This is Ken Bruen at his best.