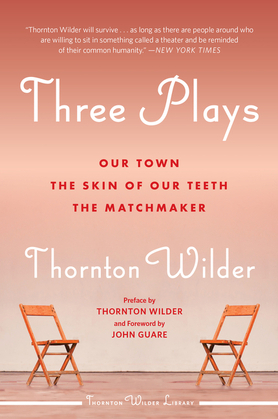 From celebrated Pulitzer Prize-winning writer Thornton Wilder, three of the greatest plays in American literature together in one volume.

This omnibus edition brings together Wilder’s three best-known plays: Our Town, The Skin of Our Teeth, and The Matchmaker. Includes a preface by the author, as well as a foreword by playwright John Guare.

Our Town, Wilder's timeless Pulitzer Prize-winning look at love, death, and destiny, opened on Broadway in 1938 and continues to be celebrated and performed around the world.