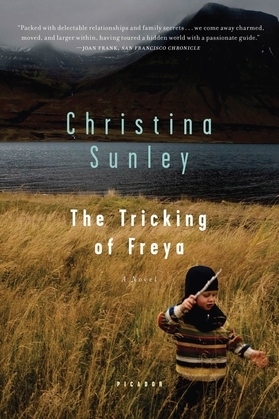 The Tricking of Freya

A young woman obsessed with uncovering a family secret is drawn into the strange and magical history, language and landscape of Iceland.

Freya Morris grows up in a typical American suburb ? but every summer, she enters another realm entirely when she visits her relatives in Gimli, a tiny village in Canada settled by Icelandic immigrants. Here she falls under the spell of her troubled but charming aunt Birdie, who thrills her with stories of exotic Norse goddesses, moody Viking bards, and the life of her late grandfather, the most famous poet of "New Iceland."

But when Birdie tricks Freya into a terrifying scandal, Freya turns her back on everything Icelandic and anything that reminds her of the past. She is living an anonymous, bleak existence in Manhattan when she finally returns to Gimli for the first time in two decades ? and stumbles upon a long concealed family secret.

As Freya becomes increasingly obsessed with unraveling her family's tangled story, she finds herself delving into the very memories she has worked so hard to forget. When the clues dry up in Gimli, Freya journeys to Iceland itself. On this rugged island of vast lava fields and immense glaciers, Freya's quest comes to its unsettling conclusion.

A beautifully-written debut novel that deftly weaves together Iceland's distinctive history, ancient mythology, reverence for language, and passion for genealogy, The Tricking of Freya is a powerful exploration of kinship, loss and redemption.