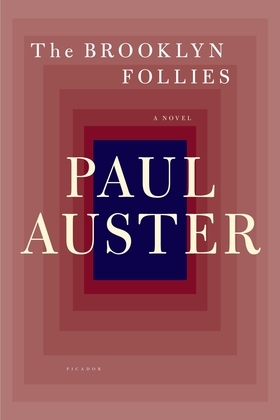 From the bestselling author of Oracle Night and The Book of Illusions, an exhilarating, whirlwind tale of one man's accidental redemption

Nathan Glass has come to Brooklyn to die. Divorced, estranged from his only daughter, the retired life insurance salesman seeks only solitude and anonymity. Then Nathan finds his long-lost nephew, Tom Wood, working in a local bookstore—a far cry from the brilliant academic career he'd begun when Nathan saw him last. Tom's boss is the charismatic Harry Brightman, whom fate has also brought to the "ancient kingdom of Brooklyn, New York." Through Tom and Harry, Nathan's world gradually broadens to include a new set of acquaintances—not to mention a stray relative or two—and leads him to a reckoning with his past.
Among the many twists in the delicious plot are a scam involving a forgery of the first page of The Scarlet Letter, a disturbing revelation that takes place in a sperm bank, and an impossible, utopian dream of a rural refuge. Meanwhile, the wry and acerbic Nathan has undertaken something he calls The Book of Human Folly, in which he proposes "to set down in the simplest, clearest language possible an account of every blunder, every pratfall, every embarrassment, every idiocy, every foible, and every inane act I had committed during my long and checkered career as a man." But life takes over instead, and Nathan's despair is swept away as he finds himself more and more implicated in the joys and sorrows of others.
The Brooklyn Follies is Paul Auster's warmest, most exuberant novel, a moving and unforgettable hymn to the glories and mysteries of ordinary human life.