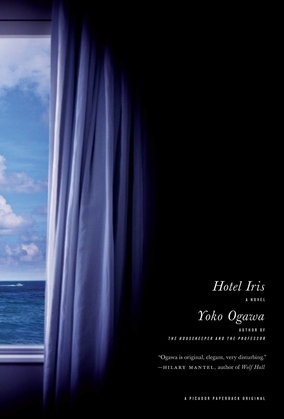 A tale of twisted love from Yoko Ogawa—author of The Diving Pool and The Housekeeper and the Professor.

In a crumbling seaside hotel on the coast of Japan, quiet seventeen-year-old Mari works the front desk as her mother tends to the off-season customers. When one night they are forced to expel a middle-aged man and a prostitute from their room, Mari finds herself drawn to the man's voice, in what will become the first gesture of a single long seduction. In spite of her provincial surroundings, and her cool but controlling mother, Mari is a sophisticated observer of human desire, and she sees in this man something she has long been looking for.

The man is a proud if threadbare translator living on an island off the coast. A widower, there are whispers around town that he may have murdered his wife. Mari begins to visit him on his island, and he soon initiates her into a dark realm of both pain and pleasure, a place in which she finds herself more at ease even than the translator. As Mari's mother begins to close in on the affair, Mari's sense of what is suitable and what is desirable are recklessly engaged.

Hotel Iris is a stirring novel about the sometimes violent ways in which we express intimacy and about the untranslatable essence of love.