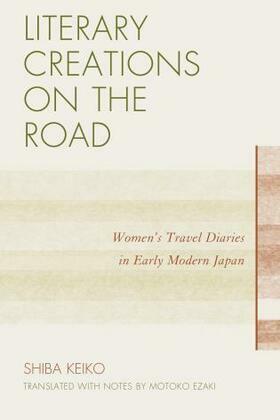 Literary Creations on the Road

Keiko Shiba, a noted researcher in early modern Japanese history, has spent years collecting hundreds of travel diaries written by women during the reign of the Tokugawa shogunate (17th through mid-19th centuries). The fruit of her research, originally published in Japanese, is now available in an English translation by Motoko Ezaki, with notes provided for general English readers. Shiba intersperses her narration abundantly with excerpts from the actual travel diaries; the book therefore is an invaluable source that offers us direct access to the individual voices of a large number of Tokugawa women, who energetically composed prose and poetry while traveling, sometimes in collaboration with their male companions. This work also sheds new light on women’s literary activities in early modern Japan, which are still noticeably understudied compared to other genres of Japanese literary history.