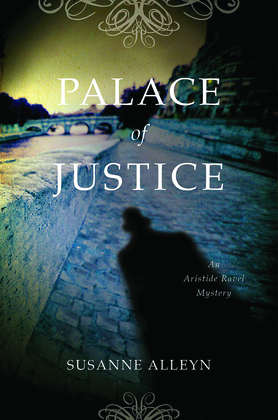 "Known for her impeccable plotting and fully defined characters," says Library Journal in a starred review about acclaimed author Susanne Alleyn, and in this newest installment featuring Aristide Ravel, freelance investigator for the Paris police, Alleyn brings her sharpest voice and most keenly crafted mystery yet.

Louis XVI is in his grave, and Marie-Antoinette is on her way to trial. Paris is hungry, restless, and fearful in the autumn of 1793, and the guillotine's blade is beginning to fall daily on the necks of enemies of the French Republic. Not even members of the Republican government are safe from the threat of the Revolutionary Tribunal, where the only sentence for the guilty is death.

In this atmosphere of distrust and anxiety, police agent Ravel, while coming to terms with personal tragedy, must stop a ruthless killer who is terrorizing the city. Ravel soon learns, however, that hunting a murderer who strikes at random and leaves headless corpses on the streets, paralleling the ever more numerous victims of the guillotine, is a task that will lead him to dark, painful secrets and echoes from an even darker past.

From the author of The Cavalier of the Apocalypse, A Treasury of Regrets, and Game of Patience comes the fourth Aristide Ravel mystery, unfolding amid the bloody events and murderous politics of the Reign of Terror.

"Alleyn brilliantly captures the paranoid spirit of the times, and inserts enough twists to keep most readers guessing. This entry approaches the quality of the historical fiction of such authors as Steven Saylor and Laura Joh Rowland."--Publishers Weekly (starred review)

"A fiendishly clever and compelling mystery set in a grim, gripping vision of Paris where there is no justice, only shades of gray."--Kirkus Reviews