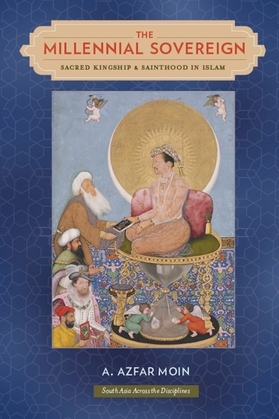 The Millennial Sovereign: Sacred Kingship and Sainthood in Islam

by A. Azfar Moin (Author)
Nonfiction Religion Islam
At the end of the sixteenth century and the turn of the first Islamic millennium, the powerful Mughal emperor Akbar declared himself the most sacred being on earth. The holiest of all saints and above the distinctions of religion, he styled himself as the messiah reborn. Yet the Mughal emperor was not alone in doing so. In this field-changing study, A. Azfar Moin explores why Muslim sovereigns in this period began to imitate the exalted nature of Sufi saints. Uncovering a startling yet widespread phenomenon, he shows how the charismatic pull of sainthood (wilayat)—rather than the draw of religious law (sharia) or holy war (jihad)—inspired a new style of sovereignty in Islam.

A work of history richly informed by the anthropology of religion and art, The Millennial Sovereign traces how royal dynastic cults and shrine-centered Sufism came together in the imperial cultures of Timurid Central Asia, Safavid Iran, and Mughal India. By juxtaposing imperial chronicles, paintings, and architecture with theories of sainthood, apocalyptic treatises, and manuals on astrology and magic, Moin uncovers a pattern of Islamic politics shaped by Sufi and millennial motifs. He shows how alchemical symbols and astrological rituals enveloped the body of the monarch, casting him as both spiritual guide and material lord. Ultimately, Moin offers a striking new perspective on the history of Islam and the religious and political developments linking South Asia and Iran in early-modern times.