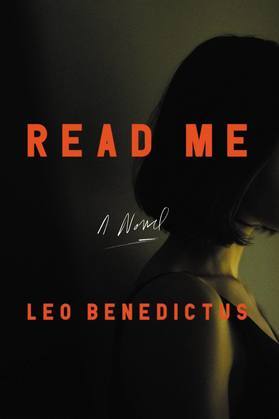 Hitchcock's Rear Window meets Messud's The Woman Upstairs in this unnerving, superbly crafted novel which takes readers deep into the mind of a serial stalker and, through him, the lives of his unsuspecting victims.

Try it yourself. Go out, pick somebody and watch them. Take your phone and a notebook. Persist. What begins as a confluence of yours and another person's journeys, on the train maybe or leaving a cinema, gets into an entanglement. You follow, feeling that it's not really following because you're going the same way, then when they at last reach their office you feel the clutch of a goodbye. It's normal. But how many times do you think the person being followed has been you?

Read Me is a seductive, haunting novel that holds a sinister mirror up to the ways in which we observe, judge, and influence people. Benedictus' prose commands and draws readers into the dark, manipulative mind of a serial stalker as he targets women across London, escalating his efforts until he settles on Frances -- a bright young professional whose career is set to take off -- whose life he proceeds to unravel from the inside, out.

A chilling rumination on power, manipulation, complicity, and anonymity, Read Me exposes just how vulnerable we are to the whims of others -- people we may not even know.