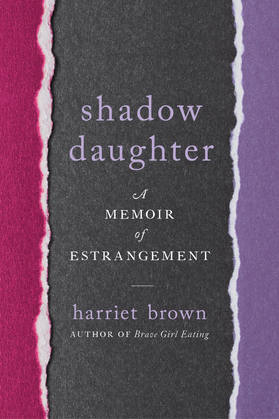 The day of her mother's funeral, Harriet Brown was five thousand miles away. For years they'd gone through cycles of estrangement and connection, drastic blow-ups and equally dramatic reconciliations. By the time her mother died at seventy-six, they hadn't spoken at all in several years. Her mother's death sent Brown on a journey of exploration, one that considered guilt and trauma, rage and betrayal, and forgiveness.

Shadow Daughter tackles a subject we rarely discuss as a culture. Family estrangements -- between parents and children, siblings, multiple generations -- are surprisingly common, and even families that aren't officially estranged often have some experience of deep conflicts. Despite the fact that the issue touches most people one way or another, estrangement is still shrouded in secrecy, stigma, and shame. We simply don't talk about it, and that silence can make an already difficult situation even harder. Brown tells her story with clear-eyed honesty and hard-won wisdom; she also shared interviews with others who are estranged, as well as the most recent research on this taboo topic.

Ultimately, Shadow Daughter is a thoughtful, provocative, and deeply researched exploration of the ties that bind and break, forgiveness, reconciliation, and what family really means.