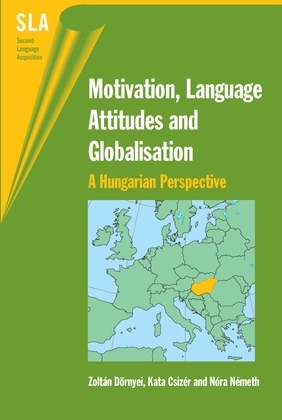 This volume presents the results of the largest ever language attitude/motivation survey in second language studies. The research team gathered data from over 13,000 Hungarian language learners on three successive occasions: in 1993, 1999 and 2004. The examined period covers a particularly prominent time in Hungary?s history, the transition from a closed, Communist society to a western-style democracy that became a member of the European Union in 2004. Thus, the book provides an ?attitudinal/motivational flow-chart? describing how significant sociopolitical changes affect the language disposition of a nation. The investigation focused on the appraisal of five target languages ? English, German, French, Italian and Russian ? and this multi-language design made it also possible to observe the changing status of the different languages in relation to each other over the examined 12-year period. Thus, the authors were in an ideal position to investigate the ongoing impact of language globalisation in a context where for various political/historical reasons certain transformation processes took place with unusual intensity and speed. The result is a unique blueprint of how and why language globalisation takes place in an actual language learning environment.