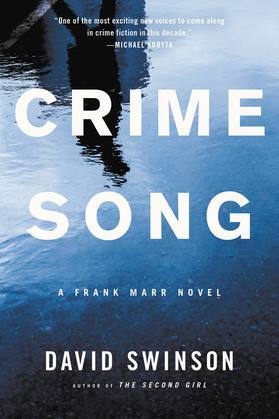 by David Swinson (Author)
EPUB
Unlimited loans, 2 years, One at a time
Details
The return of Frank Marr, the "refreshing" protagonist of one of the New York Times' Best Crime Novels of 2016.

Frank Marr was a good cop with a bad habit, until his burgeoning addictions to alcohol and cocaine forced him into retirement from the DC police. Now barely eking out a living as a private investigator, he agrees to take on a family case: a favor for his aunt, who was like a second mother to him growing up.

Frank's surveillance confirms that his cousin Jeffrey is involved with a small-time drugs operation. Modest stuff, until Frank's own home is burglarized, leaving a body on the kitchen floor: Jeffrey. Worse, Frank's .38 revolver-the murder weapon-is stolen, along with his cherished music collection, his only possessions of sentimental value: dozens of vinyl albums that belonged to his late mother. Only Frank's stash, his dwindling supply of the cocaine he needs to get through the day, is untouched. Why?

Clearly, his cousin was deeper in the underworld than anyone realized. With the weight of his family, his reputation, and his own life on the line, he'll have to find the culprit by following the stolen goods through a tangled network of petty thieves, desperate addicts, deceiving fences, good cops, bad cops, and one morally compromised taxi driver.

Frank's as determined to uncover the truth as he is to feed his habit, and both pursuits could prove deadly. This time, it may just be a question of what gets him first.