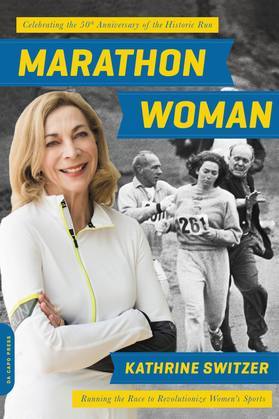 A new edition of a sports icon's memoir, coinciding with the 50th anniversary of Kathrine Switzer's historic running of the Boston Marathon as the first woman to run.

In 1967, Kathrine Switzer was the first woman to officially run what was then the all-male Boston Marathon, infuriating one of the event's directors who attempted to violently eject her. In one of the most iconic sports moments, Switzer escaped and finished the race. She made history-and is poised to do it again on the fiftieth anniversary of that initial race, when she will run the 2017 Boston Marathon at age 70. Now a spokesperson for Reebok, Switzer is also the founder of 261 Fearless, a foundation dedicated to creating opportunities for women on all fronts, as this groundbreaking sports hero has done throughout her life.