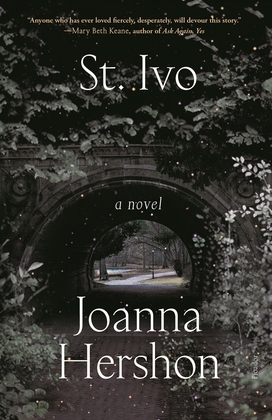 by Joanna Hershon (Author)
Excerpt
Fiction Literary English literature American and Canadian literature
warning_amber
One or more licenses for this book have been acquired by your organisation details
EPUB
Unlimited loans, 2 years, One at a time
Details

"Hershon maintains a quiet terror throughout this slim, eccentric novel. . . Fiction full of complexity, devoted to reality. And in the end, a larger sense of purpose crashes down in a satisfying burst."
--Danya Kukafka, The New York Times Book Review

Over the course of a weekend, two couples reckon with the long-hidden secrets that have shaped their families, in a charged, poignant novel of motherhood and friendship

Enter a mysterious stranger on a train, an older man taking the subway to Brooklyn who sees right into her.Then a mugging, her phone stolen, and with it any last connection to Leda. And then an invitation, friends from the past and a weekend in the country with their new, unexpected baby.

Over the course of three hot September days, the two couples try to reconnect. Events that have been set in motion, circumstances and feelings kept hidden, rise to the surface, forcing each to ask not just how they ended up where they are, but how they ended up who they are.

Unwinding like a suspense novel, Joanna Hershon's St. Ivo is a powerful investigation into the meaning of choice and family, whether we ever know the people closest to us, and how, when someone goes missing from our lives, we can ever let them go.