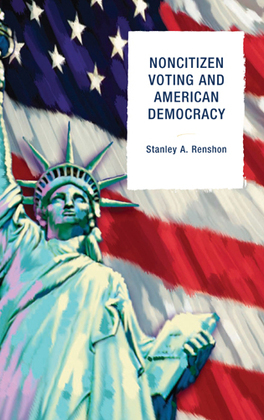 Continuing large-scale migration to the United States raises the question of how best to integrate new immigrants into the American national community. Traditionally, one successful answer has been to encourage immigrants to learn our language, culture, history, and civic traditions. New immigrants would then be invited become citizens and welcomed as full members of the community. However, a concerted effort is underway to gain acceptance for, and implement, the idea that the United States should allow new immigrants to vote without becoming citizens. It is mounted by an alliance that brings together progressive academics, law professors, local and state political leaders, and community activists, all working to decouple voting from American citizenship. Their effort show signs of success, but is it really in America's best interests to allow new immigrants to have the vote? Their proposals have been much advocated, but little analyzed. Neither a polemic nor a whitewash, Stanley A. Renshon provides a careful analysis of the arguments put forward by advocates of this position on the basis of fairness, increasing democracy, civic learning, and moral necessity and asks: Do they really help immigrants become Americans?