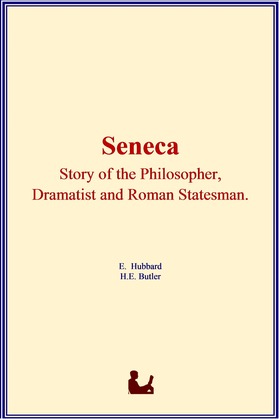 Seneca : Story of the Philosopher, Dramatist and Roman Statesman

pThis book deals with the story of Seneca who was one of the eminent Latin writers and philosophers of the Silver Age. Young, he was fascinated with the philosophical thoughts of the Stoics, to which sect he became devoted. He even adopted the austere modes of life they inculcated, and refused to eat the flesh of animals; but when the emperor, Tiberius, threatened to punish some Jews and Egyptians for abstaining from certain meats, at the suggestion of his father, he departed from this singularity./p
p /p