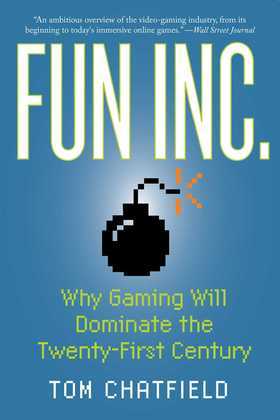 “An ambitious overview of the videogaming industry, from its beginning to today’s immersive online games.” —Wall Street Journal

Despite the recession, video games continue to break records—and command unprecedented amounts of media coverage. The U.S. is the world’s biggest video games market and manufacturer, with a market now worth over $20 billion annually in software and hardware sales—more than quadruple its size in the mid 1990s. World of Warcraft now boasts over 11 million players worldwide, and over $1 billion per year in revenues. Gaming is flourishing as a career and a creative industry as well. 254 U.S. colleges and universities in 37 states now offer courses and degrees in computer and video game design, programming and art. Video games are increasingly for everyone: 68% of American households now play computer or video games, while the average game player is 35 years old and has been playing games for twelve years.

Against the popular image, too, 43% of online U.S. game players are female. The U.S. military alone now spends around $6 billion a year on virtual and simulated training programs, based around video games and virtual worlds. The budgets for developing the biggest games can now top the $100 million mark and are snapping up some of the biggest names in film—from Stephen Spielberg to Peter Jackson.