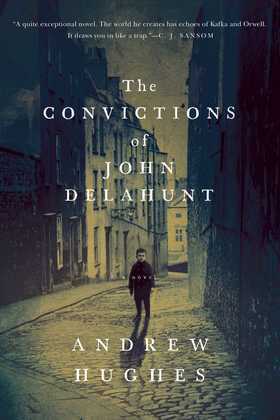 The Convictions of John Delahunt

Dublin, 1841. On a cold December morning, a small boy is enticed away from his mother and his throat savagely cut. This could be just one more small, sad death in a city riven by poverty, inequality and political unrest, but this murder causes a public outcry. For it appears the culprit?a feckless student named John Delahunt?is also an informant and in the pay of the authorities at Dublin Castle. And strangely, this young man seems neither to regret what he did, nor fear his punishment. Indeed, as he awaits the hangman in his cell in Kilmainham Gaol, John Delahunt decides to tell his story in this, his final, deeply unsettling statement . . .Based on true events that convulsed Victorian Ireland, The Convictions of John Delahunt is the tragic tale of a man who betrays his family, his friends, his society and, ultimately, himself. Set amidst Dublin's taverns, tenements, courtrooms, and alleyways and with a rich, Dickensian cast of characters, this enthralling, at times darkly humorous novel brilliantly evokes a time and a place, and introduces a remarkable new literary voice.