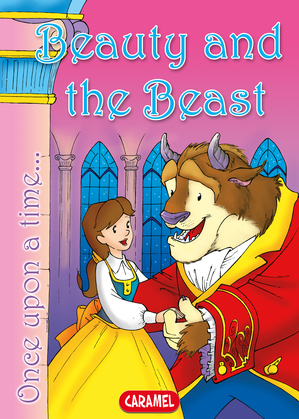 Beauty and the Beast

Once upon a time, there was a merchant who had three daughters. One day, he was arrested by a monstruous creature during a business trip. The monster agreed to let the merchant live only if he sent Beauty, one of his daughters, to live with him. The merchant did not know what to do but Beauty decided to honour her father's word and went to the Beast.

Once upon a time was a merchant who had three daughters. One day, while preparing to go on his travels, he promised to bring each one of them a gift. Beauty, the youngest and the kindest, asked her father to bring her only a red rose, because she loved roses very much.
When the merchant was returning home, he was caught in a sudden storm and got lost in the forest. He saw a huge castle and, as the door was opened, he went inside to shelter. "Anybody home?" said the merchant but no one responded. Nobody was there, but he noticed a huge table laid with delicious food. The merchant had been travelling for a long time and was hungry so he sat and ate a hearty meal.