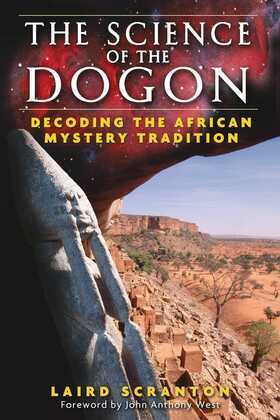 The Science of the Dogon

The Dogon people of Mali, West Africa, are famous for their unique art and advanced cosmology. The Dogon’s creation story describes how the one true god, Amma, created all the matter of the universe. Interestingly, the myths that depict his creative efforts bear a striking resemblance to the modern scientific definitions of matter, beginning with the atom and continuing all the way to the vibrating threads of string theory. Furthermore, many of the Dogon words, symbols, and rituals used to describe the structure of matter are quite similar to those found in the myths of ancient Egypt and in the daily rituals of Judaism. For example, the modern scientific depiction of the informed universe as a black hole is identical to Amma’s Egg of the Dogon and the Egyptian Benben Stone.

The Science of the Dogon offers a case-by-case comparison of Dogon descriptions and drawings to corresponding scientific definitions and diagrams from authors like Stephen Hawking and Brian Greene, then extends this analysis to the counterparts of these symbols in both the ancient Egyptian and Hebrew religions. What is ultimately revealed is the scientific basis for the language of the Egyptian hieroglyphs, which was deliberately encoded to prevent the knowledge of these concepts from falling into the hands of all but the highest members of the Egyptian priesthood. The Science of the Dogon also offers compelling new interpretations for many of the most familiar Egyptian symbols, such as the pyramid and the scarab, and presents new explanations for the origins of religiously charged words such as Jehovah and Satan.