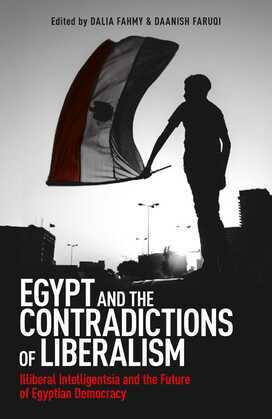 Egypt and the Contradictions of Liberalism

The liberatory sentiment that stoked the Arab Spring and saw the ousting of long-time Egyptian dictator Hosni Mubarak seems a distant memory. Democratically elected president Mohammad Morsi lasted only a year before he was forced from power to be replaced by precisely the kind of authoritarianism protestors had been railing against in January 2011. Paradoxically, this turn of events was encouraged by the same liberal activists and intelligentsia who’d pushed for progressive reform under Mubarak.

This volume analyses how such a key contingent of Egyptian liberals came to develop outright illiberal tendencies. Interdisciplinary in scope, it brings together experts in Middle East studies, political science, philosophy, Islamic studies and law to address the failure of Egyptian liberalism in a holistic manner ? from liberalism’s relationship with the state, to its role in cultivating civil society, to the role of Islam and secularism in the cultivation of liberalism. A work of impeccable scholarly rigour, Egypt and the Contradictions of Liberalism reveals the contemporary ramifications of the state of liberalism in Egypt.