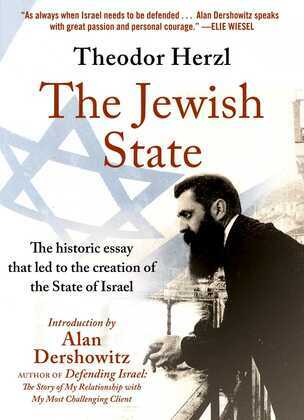 Originally published in 1896 as Der Judenstaat, The Jewish State has taken its place among the likes of The Communist Manifesto and Common Sense as polemic writings which have changed modern history. Theodor Herzl’s advocacy for a separate, independent Jewish state as a remedy for centuries of hostility and persecution served as the basis for modern Zionism. And though his vision would not be realized in his lifetime, it did set the course for the creation of the Israel we know today.

This edition, based on the original translation to English by Sylvie D’Avigdor, includes a foreword by Alan Dershowitz, who is among Israel’s most prominent and most vocal scholars defenders. The Harvard law professor, who has been calledIsrael’s lead lawyer in the court of public opinion, discusses The Jewish State’s place in history and its impact today.