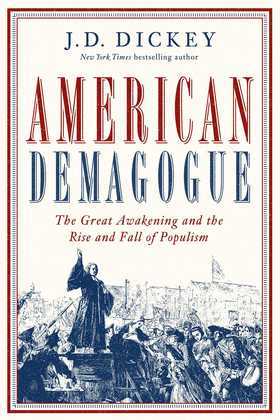 In September 1740, New England experienced a social earthquake. It arrived not in the form of a great natural disaster or an act of violence, but with the figure of a twenty-year-old preacher. People were abuzz with his stunning oratory, his colorful theatrics, and his almost ungodly sense of power and presence.When George Whitfield arrived in the American colonies, his reputation and growing legend had been built on his brilliant speeches and frightening tirades, and his fame exploded. He demanded his listeners repent their sins and follow the true word of God?his. He had knowledge that only he could unlock for the American people. Whitefield's message also carried a threat, and he brooked no dissent. Whitefield's power over his listeners grew, and New England was in the uproar of a social revolution. This period became known as The Great Awakening, and it would weave its way into the very fabric of what American would eventually become. Soon after Whitefield reached his zenith, things began to fall apart. The puritanical utopia that once seemed so certain vanished like a dream. American Demagogue is the story of this rapid rise and equally steep fall, which would be echoed by authoritarian populists in later centuries and American demagogues yet to come.