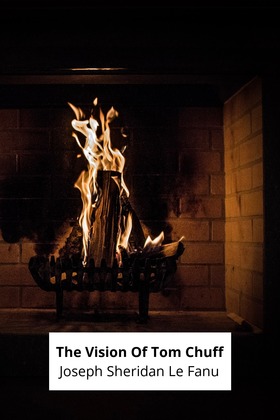 The Vision Of Tom Chuff

"On the night I speak of he knocked at the door with his cudgel at about eight o’clock. It was winter, and the night was very dark. Had the summons been that of a bogie from the moor, the inmates of this small house could hardly have heard it with greater terror.

"His wife unbarred the door in fear and haste. Her hunchbacked sister stood by the hearth, staring toward the threshold. The children cowered behind.

"Tom Chuff entered with his cudgel in his hand, without speaking, and threw himself into a chair opposite the fire. He had been away two or three days. He looked haggard, and his eyes were bloodshot. They knew he had been drinking."