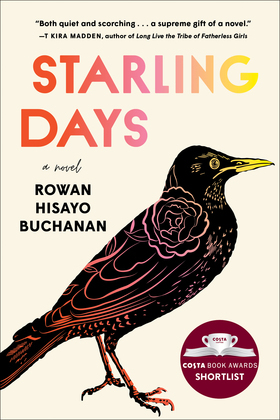 The moving new novel by the author of Harmless Like You, a New York Times Book Review Editors' Choice and NPR Great Read

On their first date, Mina told Oscar that she was bisexual, vegetarian, and on meds. He married her anyhow. A challenge to be met. She had low days, sure, but manageable. But now, maybe not so much . . . Mina is standing on the George Washington Bridge late at night, staring over the edge, when a patrol car drives up. She tries to convince the policeman she's not about to jump, but he doesn't believe her. Oscar is called to pick her up.

With the idea of leaving New York for London--a place for Mina "to learn the floorplan of this sadness"--Oscar arranges a move. In London, Mina, a classicist, tries grappling with her mental health issues by making lists. Of WOMEN WHO SURVIVED--Penelope, Psyche, Leda. Iphigenia, but only in one of the tellings. Of things that make her HAPPY--enamel coffee cups. But what else? She at last finds a beam of light in Phoebe, and friendship and attraction blossom until Oscar and Mina's complicated love is tested.