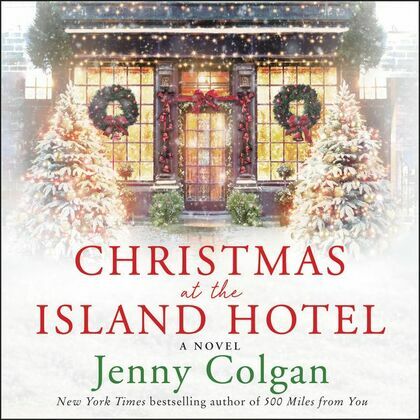 Christmas at the Island Hotel

Another heartfelt and delightful Christmas tale from the beloved New York Times bestselling author of The Bookshop on the Corner and Christmas on the Island.

New York Times bestselling author Jenny Colgan returns to the setting of Christmas on the Island and Endless Beach for a heartwarming new novel celebrating the season, and Scotland.

On the tiny, beautiful, and remote island of Mure, halfway between Scotland and Norway, a new hotel opening is a big event. New mother Flora MacKenzie and her brother Fintan are working themselves half to death to get it ready in time for Christmas.

The new hotel?s impressive kitchens throw together two unlikely new friends: Isla Gregor is the hardworking young girl who has been a waitress in the island's cafe, dreaming of a bigger, better life now that she?s at a proper fancy hotel. Konstantin Pederson is working his way up in the hotel's kitchens too?but he is also, secretly, the only son of the Duke of Utsire. Konstantin has been sent to learn what it is to work hard for a living, before receiving his inheritance. Although he?s initially resentful, the place grows on him; he has never met anyone quite like Isla and her fellow Murians before.

As the island?s residents and special VIP guests gather for the hotel?s grand opening gala, Christmas is in the air. But so are more than a few small-town secrets?