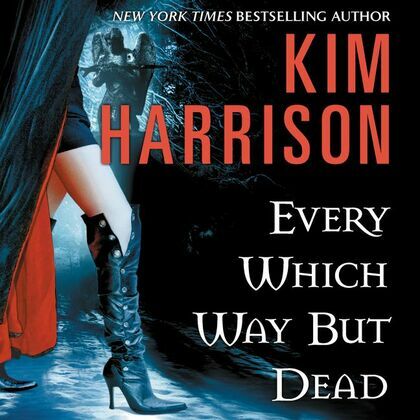 Every Which Way But Dead

In Every Which Way But Dead, witch and former bounty hunter Rachel Morgan's managed to escape her corrupt company, survive living with a vampire, start her own runner service, and face down a vampire master.

But her vampire roommate Ivy is off the wagon, her human boyfriend Nick is out of town indefinitely and doesn't sound like he's coming back while the far-too-seductive vampire Kisten is looking way too tempting, and there's a turf war erupting in Cincinnati's underworld.

And there's a greater evil still. To put the vampire master behind bars and save her family, Rachel made a desperate bargain and now there's hell to pay--literally. For if Rachel cannot stop him, the archdemon Algaliarept will pull her into the sorcerous ever-after to forfeit her soul as his slave. Forever.