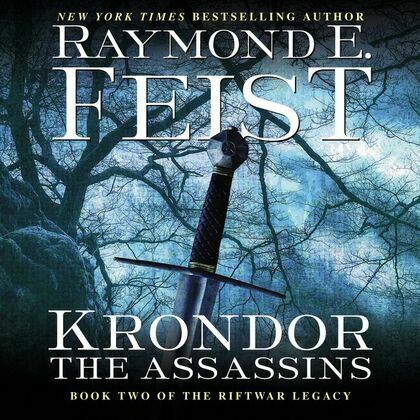 A plague of murder has overrun Krondor, the glorious center of the kingdom of Midkemia. Prince Arutha--newly returned from battle with the Morehdel chieftain Delekhan and the renegade magician Makala--is concerned about the rash of unexplained assassinations in his capital city. And so he dispatches his most trusted agent, Squire James--formerly the thief known as Jimmy the Hand--to discover the source of the deadly epidemic. James' hunt will lead him to the dank depths of Krondor, through subterranean tunnel and sewer system to a terrible war that is raging in secret far beneath the streets. For here rival criminal gangs are locked in a death struggle for control of a city's vice--dangerous gangsters who go by the name "Mockers"...and others in the thrall of a mysterious being known as "The Crawler." But the deeper he delves, the closer Squire James gets to the true nature of the horror that has already left untold dead in its wake, a nightmare of corruption and deceit that threatens to destroy his liege and reduce Krondor to ruins. Ensnared by dark, intricate plots and dastardly magics, James must now race to prevent one last murder, the one craven, unthinkable slaying that will plunge Krondor into the all-consuming flames of war without quarter.