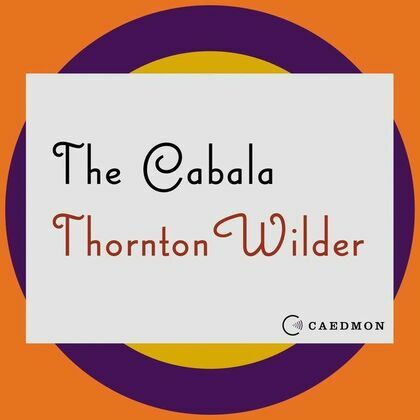 "Thornton Wilder's 1926 debut novel probes the inscrutable mystery of the ancient, fabulous wealth that confers a kind of immortality on its custodians, allowing their natures to form without concession or compromise to life beyond their privileged enclave. . . . [It] established Wilder as one of the most accomplished stylists of his generation." —The Guardian

In The Cabala, Samuele, an American student, spends a year in the fabulously decadent world of post World War I Rome. He experiences first-hand the waning days of a secret community—a “cabala” composed of decaying European royalty, eccentric expatriate Americans, even a great cardinal of the Roman Church.

The vivid portraits he paints of these characters, whom he views as the vestigial representatives of the gods and goddesses of Ancient Rome, launched Wilder’s career as a celebrated storyteller and literary stylist.
Publication date
May 05, 2020
Publisher
Caedmon
ISBN
9780062972194