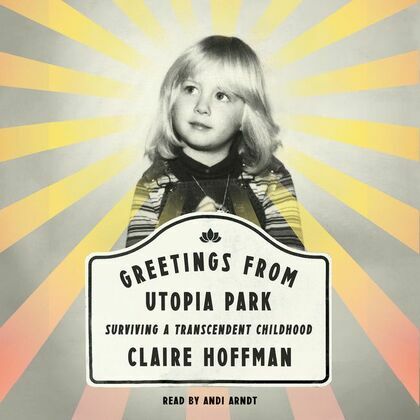 In this engrossing, provocative, and intimate memoir, a young journalist reflects on her childhood in the heartland, growing up in an increasingly isolated meditation community in the 1980s and ?90s?a fascinating, disturbing look at a fringe culture and its true believers.

When Claire Hoffman?s alcoholic father abandons his family, his desperate wife, Liz, tells five-year-old Claire and her seven-year-old brother, Stacey, that they are going to heaven?Iowa?to live in Maharishi?s national headquarters for Heaven on Earth. For Claire?s mother, Transcendental Meditation?the Maharishi?s method of meditation and his approach to living the fullest possible life?was a salvo that promised world peace and enlightenment just as their family fell apart.

At first this secluded utopia offers warmth and support, and makes these outsiders feel calm, secure, and connected to the world. At the Maharishi School, Claire learns Maharishi?s philosophy for living and meditates with her class. With the promise of peace and enlightenment constantly on the horizon, every day is infused with magic and meaning. But as Claire and Stacey mature, their adolescent skepticism kicks in, drawing them away from the community and into delinquency and drugs. To save herself, Claire moves to California with her father and breaks from Maharishi completely. After a decade of working in journalism and academia, the challenges of adulthood propel her back to Iowa, where she reexamines her spiritual upbringing and tries to reconnect with the magic of her childhood.

Greetings from Utopia Park takes us deep into this complex, unusual world, illuminating its joys and comforts, and its disturbing problems. While there is no utopia on earth, Hoffman reveals, there are noble goals worth striving for: believing in belief, inner peace, and a firm understanding that there is a larger fabric of the universe to which we all belong.