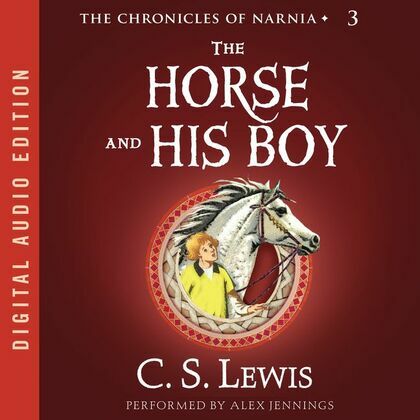 The Horse and His Boy

The unabridged audio edition of The Horse and His Boy, book three in the classic fantasy series, The Chronicles of Narnia, narrated by renowned actor Alex Jennings.

On a desperate journey, two runaways meet and join forces. Though they are only looking to escape their harsh and narrow lives, they soon find themselves at the center of a terrible battle. It is a battle that will decide their fate and the fate of Narnia itself.

The Horse and His Boy is the third book in C.S. Lewis?s The Chronicles of Narnia a series that has become part of the canon of classic literature, drawing readers of all ages into a magical land with unforgettable characters for over fifty years. This is a novel that stands on its own, but if you would like to return to Narnia, read Prince Caspian, the fourth book in The Chronicles of Narnia.