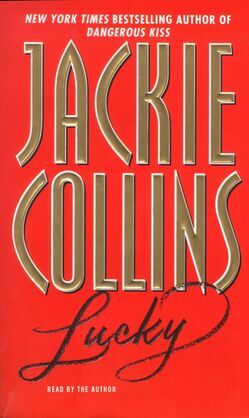 She proved to the world that she could rule her father Gino's International empire. Now Lucky Santangelo must fight to protect her father's honor -- and to seize the opportunity of a fabulous love. Her rivals are fueled by uncontrollable forces -- drugs, money, lust and blood legacy. But nothing can match the hseer power of being a Santangelo -- and of being a woman who plays be her own rules, whatever the odds.

From the decadent luxury of Las Vegas and Beverly Hills to New York, Paris and a private Greek island, here's a dazzling odyssey of dangerous passion, sun-drenched sex, and ruthless revenge.