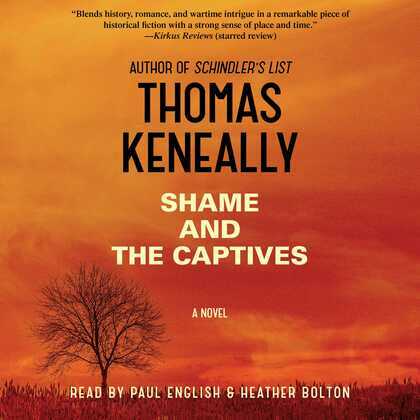 Shame and the Captives

"If the legendary Schindler's List was not enough to showcase Thomas Keneally's literary mastery, then [this novel] surely will" (New York Daily News) as the Booker Prize-winning author reimagines from all sides the drastic true events of the night more than one thousand Japanese POWs staged the largest and bloodiest prison escape of World War II.

Alice is living on her father-in-law's farm on the edge of an Australian country town, while her husband is held prisoner in Europe. When Giancarlo, an Italian inmate at the prisoner-of-war camp down the road, is assigned to work on the farm, she hopes that being kind to him will somehow influence her husband's treatment. What she doesn't anticipate is how dramatically Giancarlo will change the way she understands both herself and the wider world.

What most challenges Alice and her fellow townspeople is the utter foreignness of the thousand-plus Japanese inmates and their deeply held code of honor, which the camp commanders fatally misread. Mortified by being taken alive in battle and preferring a violent death to the shame of living, the Japanese prisoners plan an outbreak with shattering and far-reaching consequences for all the citizens around them.

In a career spanning half a century, Thomas Keneally has proven brilliant at exploring ordinary lives caught up in extraordinary events. With this profoundly gripping and thought-provoking novel, inspired by a notorious incident in New South Wales in 1944, he once again shows why he is celebrated as a writer who "looks into the heart of the human condition with a piercing intelligence that few can match" (Sunday Telegraph).