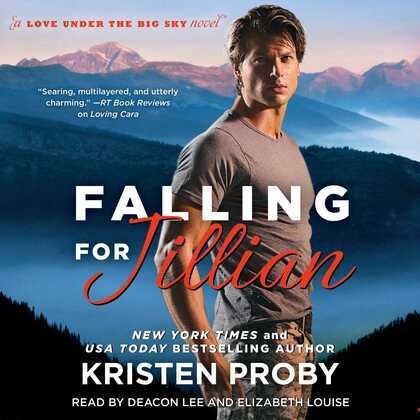 From New York Times bestselling author Kristen Proby comes the third romance in the Love Under the Big Sky series, featuring a veteran struggling with PTSD and the one woman who can help him recover--and learn to love again.

Jillian thought she was a city girl through and through; the fast cars, high fashion, and glamour--she loves it all. But when her ex tells her he's having a baby with his new wife (after Jillian struggled for years to get pregnant), she hightails it back to Montana to cry on the shoulder of her best friend, Cara.

But in truth, Jillian would rather be comforted by someone else...specifically Zack, Cara's brother-in-law. Zack is a veteran of the Iraq War who came back to the family ranch to raise his preteen son after the boy's mother took off. He's struggling to re-establish a relationship with his son, and warding off the demons of PTSD, which still haunt him. The last thing he needs is bold, brassy Jillian...but why can't he keep his hands off her?