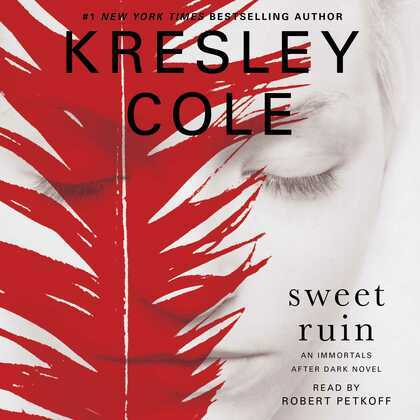 An immortal assassin is caught between desire and duty in this sizzling novel from Kresley Cole's #1 New York Times bestselling Immortals After Dark series.

A foundling raised in a world of humans
Growing up, Josephine didn't know who or what she was--just that she was an outcast with strange powers. Protecting her baby brother became her entire life. The day he was taken away began Jo's transition from would-be superhero...to enchanting villain.

A lethally sensual enforcer on a mission
Archer Rune the Baneblood never fails to eliminate his target. In his sights: the oldest living Valkyrie. Yet before he strikes, a vampiric creature pierces him with aching pleasure, stealing his forbidden blood--and jeopardizing his brethren's secrets.

A boundless passion that will lead to sweet ruin...
Could this exquisite female be a spy sent by the very Valkyrie he hunts? When Jo betrays the identity of the one man she will die to protect, she and Rune become locked in a treacherous battle of wills that pits ultimate loyalty against unbridled lust.