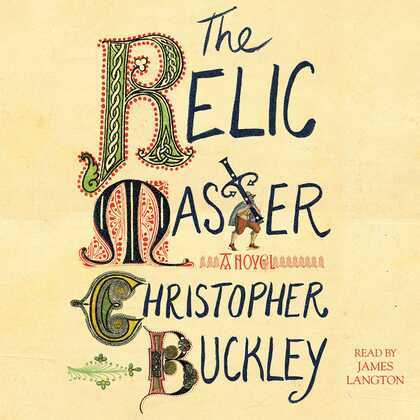 The year is 1517. Dismas is a relic hunter who procures "authentic" religious relics for wealthy and influential clients. His two most important patrons are Frederick the Wise and soon-to-be Cardinal Albrecht of Mainz. While Frederick is drawn to the recent writing of Martin Luther, Albrecht pursues the financial and political benefits of religion and seeks to buy a cardinalship through the selling of indulgences. When Albrecht's demands for grander relics increase, Dismas and his artist friend Dürer fabricate a shroud to sell to the unsuspecting noble. Unfortunately Dürer's reckless pride exposes the trickery, so Albrecht puts Dismas and Dürer in the custody of four mercenaries and sends them all to steal Christ's burial cloth (the Shroud of Chambéry), Europe's most celebrated artifact. On their journey to Savoy where the Shroud will be displayed, they battle a lustful count and are joined by a beautiful female apothecary. It is only when they reach their destination they realize they are not alone in their intentions to acquire a relic of dubious legitimacy.

"A rollicking good time, Christopher Buckley has transported his signature wit and irreverence from the Beltway to sixteenth-century Europe in The Relic Master" (GQ). This epic quest, "as rascally and convivial as any that Mr. Buckley has written" (The Wall Street Journal), is filled with fascinating details about art, religion, politics, and science; Vatican intrigue; and Buckley's signature wit "holds the reader till the very last page" (The New York Times Book Review).