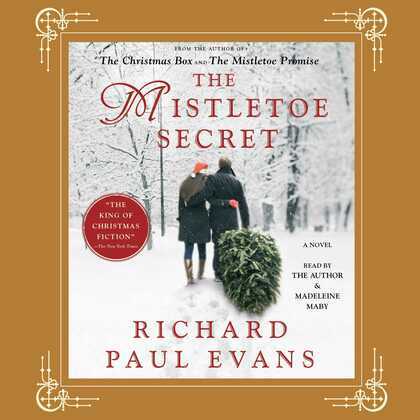 The master of the holiday novel presents the moving story of two people who brave loneliness and loss to find love.

Dear Universe,
Is anyone out there?

Thinking no one is reading, a blogger who calls herself LBH writes about her most personal feelings, especially her overwhelming loneliness. She goes from day to day showing a brave face to the world while inside she longs to know how it would feel if one person cared about her.

Alex Bartlett cares. He's reading her posts in Daytona Beach, Florida. Nursing his own broken heart and trust issues, he finds himself falling for this sensitive, vulnerable woman whose feelings mirror his own. Following a trail of clues LBH has inadvertently revealed, he discovers that she lives in the small town of Midway, Utah. He makes his way there just after Thanksgiving, determined to find LBH. Maybe she's a Lisa, Lori, or a Luanne. Instead, he finds a woman named Aria, a waitress at the Mistletoe Diner, who encourages Alex in his search while serving his pie along with some much-needed sympathy and companionship.

Alex finally finds his LBH, a woman who is as beautiful and kind as he imagined she would be. How can he tell her that he knows her secret? What's holding him back? Could it be his feelings for Aria?