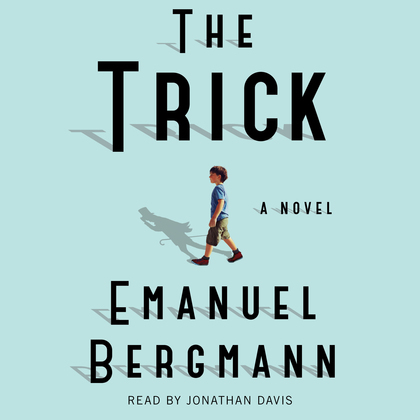 Sweeping between Prague during World War II and modern-day Los Angeles, “The Trick is a lyrical, uplifting, and funny story that will tug at all of your heartstrings” (Armando Lucas Correa, bestselling author of The German Girl) that follows a young boy seeking out a cynical, old magician in the hopes that his spells might keep his family together.

In 1934, a rabbi’s son in Prague joins a traveling circus, becomes a magician, and rises to fame under the stage name the Great Zabbatini, just as Europe descends into World War II. When Zabbatini is discovered to be a Jew, his battered trunk full of magic tricks becomes his only hope for survival.

Seventy years later in Los Angeles, ten-year-old Max finds a scratched-up LP that captured Zabbatini performing his greatest illusions. But the track in which Zabbatini performs the spell of eternal love--the spell Max believes will keep his parents from getting divorced--is damaged beyond repair. Desperate for a solution, Max seeks out the now elderly, cynical magician and begs him for help.

With gentle wisdom and heartbreaking humor, this is an inventive, deeply moving story about a young boy who needs a miracle, and a disillusioned old man who needs redemption.