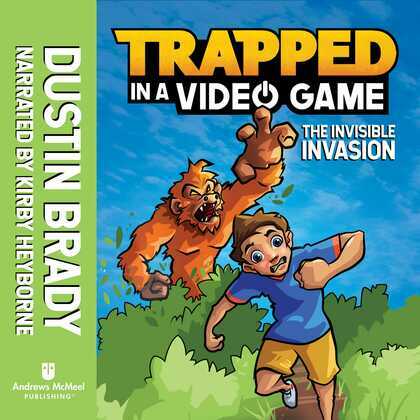 Trapped in a Video Game

After Full Blast, Jesse Rigsby and his friend Eric has sworn off video games. But when Jesse is offered the chance to save his friend Mark, of course he says, "Yes." Problem is, Jesse is invisible now, sucked into the world of Go Wild—a Pokémon Go–style mobile game. To reach Mark, Jesse's going to have to shake the Bigfoot chasing him through the school library, survive the velociraptor in the bathroom, and battle the ginormous flame-throwing bat in the cafeteria. Can Jesse stay alive long enough to solve the mystery of what happened to Mark?