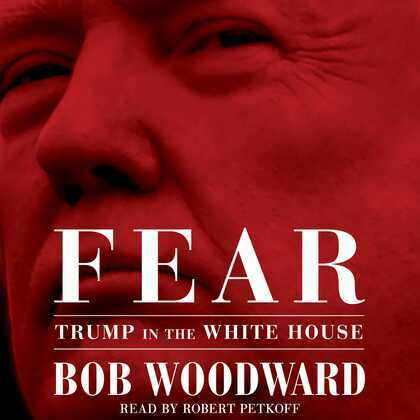 THE INSIDE STORY ON PRESIDENT TRUMP, AS ONLY BOB WOODWARD CAN TELL IT

Fear is the most intimate portrait of a sitting president ever published during the president’s first years in office. The focus is on the explosive debates and the decision-making in the Oval Office, the Situation Room, Air Force One and the White House residence.

Fear presents vivid details of the negotiations between Trump’s attorneys and Robert Mueller, the special counsel in the Russia investigation, laying out for the first time the meeting-by-meeting discussions and strategies. It discloses how senior Trump White House officials joined together to steal draft orders from the president’s Oval Office desk so he would not issue directives that would jeopardize top secret intelligence operations.

“It was no less than an administrative coup d’état,” Woodward writes, “a nervous breakdown of the executive power of the most powerful country in the world.”