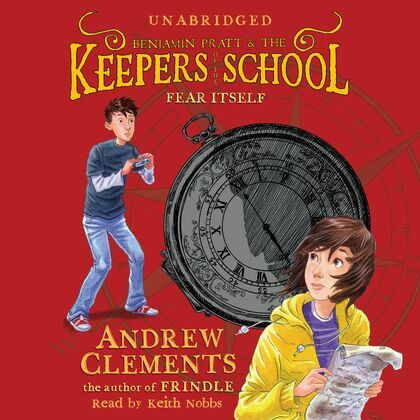 The Keepers of the School are back--and the stakes are even higher.

Time is ticking as the countdown to Ben Pratt's school's total demolition continues. Ben has been given a handful of clues that could help them save the school, but they are all written in maritime riddles. "After five bells sound, time to sit down." What the heck does that mean? It's hard to know where to begin when Ben and Jill don't even know what they are looking for. All Lyman, the snake posing as the school janitor, needs to know, though, is that they are looking, and that could mean the end of the 30-million-dollar development deal that pays his salary. (Which, by the way, is MUCH larger than a typical janitor makes.) As Lyman lurks in the shadows--and sometimes not in the shadows--Ben and Jill have to add another to-do to their list of things to accomplish in the next twenty-one days: (1) Figure out the clues left by past Keepers of the School Groups, (2) figure out how these clues will help them save the school, and (3) stay one step ahead of Lyman. That's the mission...which seems, at times, impossible.

The second installment in this riveting and mysterious six-book series is as action-packed as the first one, culminating in a faceoff between Ben and Lyman. "After five bells sound, time to sit down" makes for a good riddle, but Ben also knows when it's time to stand up...for Oakes School and for himself.