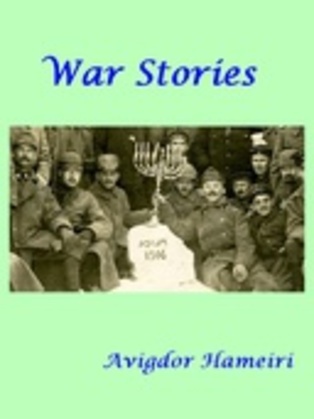 Avigdor Hameiri was born in Hungary in 1890. He studied to become an Orthodox Rabbi, but did not finish his studies. During the World War I he served as an officer in the Austro-Hungarian Army in Galicia. In 1916 he was captured by the Russians and spent a year as a prisoner of war. In 1921 he immigrated to Israel where he worked as a journalist, an editor, a translator and an author of poems, plays, etc. He was awarded the Israel Prize for literature in 1968 and died in 1970.

Hameiri wrote three books in Hebrew on the war. "The Great Madness" based on his experiences at the front, "Hell on Earth based on his experiences as a POW, and "War Stories". These stories focus on the Jewish soldiers and civilians during the war. The soldiers faced endemic anti-semitism from the Austro-Hungarian officers. The Eastern front was relatively fluid and the civilians were caught up in fighting. Ironically, the Russian abuse of the Jews was so brutal that they looked upon the Austro-Hungarians as saviors.

The text depicts violence graphically and reader discretion is advised.